Doug Cox & Linda McRae Release "Beyond The Great Pause" to Radio on February 1, 2023 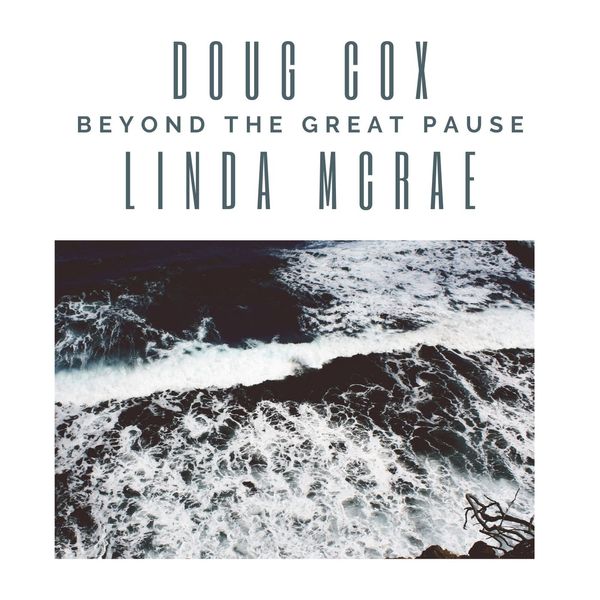 The STORIES, the INSTRUMENTS, the SONGS: Two of Canada’s finest ~  Cox & McRae aka Doug Cox and Linda McRae. You can see and hear the past and the present in their instrumentation, their stories, and their songs.
With countless performances between, these veteran award-winning recording artists each with a menagerie of stories to tell, a truckload of strings and things in their arsenal, and a preponderance of songs will have you glued to your seat listening to their every word, sometimes laughing, singing along, tapping your toes and humming their melodies for days afterward. This, their first album was recorded over 3 nights in the Spring of 2022 and mixed and mastered by Doug Cox at his Courtenay, BC studio.

BEYOND THE GREAT PAUSE: THE RECORDING

Doug and Linda first shared a stage at the inaugural Stan Rogers Folk Festival, in Canso, NS, resulting in some of the most enjoyable, generous stage time they had ever experienced. Doug later invited Linda to be part of his “Starman: An Acoustic Evening of David Bowie Songs. They decided not to wait so long between collaborations and voila their new project was borne. But wait a minute! Another three years later the new recording finally arrived due to some unforeseen circumstances.

Vicinity was somewhat of a problem as Linda lives in Nashville, TN and Doug in Courtenay, BC. In October of 2019 Linda flew out to Courtenay to start recording at Doug’s Garden Studios but the recording had to be put on hold due to a death in his family. Their second try came in March of 2020 when boom! Covid hit and Linda had to hi-tail it back to Nashville in the off chance she wouldn’t be able to get back home. The duo also had an 18-show tour booked during that time that unfortunately was canceled due to the pandemic.

Once safe to travel again our dynamic duo set out on a tour of BC and Alberta and low and behold three of the venues had recording equipment with talented engineers running the recording setup. Doug spent another few months mixing and mastering and Linda put the packaging together. It was a true collaboration and here you have it! Doug and Linda’s first recording and its LIVE!

1. Beyond The Great Pause (4:18) (Linda McRae - Socan/Daryl Dasher - BMI); getting through Covid, paying attention to the outcomes, and hopefully changing the way we think for the good of humanity. The great John Prine was taken from us due to Covid right at the start of the pandemic. The last verse is a tribute to him.

7. All Vine No Tater (3:29) (Linda McRae - Socan/Kelly Kessler - BMI); tongue fully in cheek lamenting the trials and tribulations of life.

9. Ready For The Times (3:24) (Allen Reynolds - Aunt Polly's Publishing); cover about a person's dissatisfaction with their situation.

10. Waterloo Sunset (4:03) (Ray Davies - ABKCO MUSIC/Daveray Music Ltd); cover about the bittersweet celebration of loneliness. The narrator tries to convince himself that the beauty of the sunset is all he needs to be happy.

WHAT THEY ARE SAYING

Joseph Duperreault, Artistic Director, New Moon Folk Club, Edmonton, AB: Linda McRae and Doug Cox are masterful musicians in their own right but when you put them on stage together something magical happens. They layer their virtuosity into a powerful traditional folk sound that's harmonious, engaging and highly entertaining. Our audience left feeling they'd just experienced a singular display of folk music artistry at its finest.

Kevin Rose, The Dream Cafe, Penticton, BC: Doug Cox and Linda McRae succeed in providing top class musicianship, but more importantly they are able to create that much sought after element, genuine connection with everyone lucky enough to attend their performance.

Rod MacMillan, Entertainment Director, Vermilion Folk Club, AB: True music royalty with a set list that draws from their respect for folk traditions and their own original repertoire. They created an immediate relationship with our audience through their story telling. I would encourage everyone to bring them to a venue nearest you!

ABOUT COX AND MCRAE 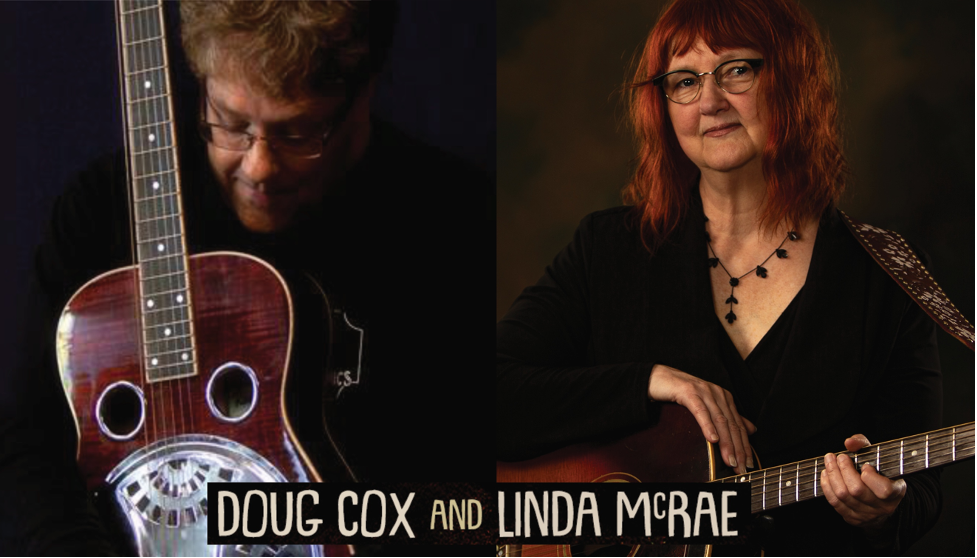 With sixty years’ experience and countless performances between them, these veteran award winning recording artists each with a menagerie of stories to tell, a truckload of strings and things in their arsenal and preponderance of songs will have you glued to your seat listening to their every word, sometimes laughing, singing along, tapping your toes and humming their melodies for days afterward.

Doug and Linda first shared a stage at the inaugural Stan Rogers Folk Festival, in Canso, NS, resulting in some of the most enjoyable, generous stage time they had ever experienced. Doug later invited Linda to be part of his “Starman: An Acoustic Evening of David Bowie Songs. They decided not to wait so long between collaborations and voila their new project was borne.

Doug Cox: There are world musicians, and there are musicians of the world. In the case of Alberta-born Doug Cox, this extremely talented six-stringer happens to be both. Doug was initially drawn to the blues, particularly bottleneck slide guitar. He soon discovered the Dobro, and before long earned a national and international reputation as he skillfully fused a wide range of acoustic roots and Americana musical styles. Doug’s surpassing dexterity with so many idioms has seen him play and record with such diverse superstars as Indian slide guitarists Vishwa Mohan Bhatt and Salil Bhatt, Tex-Mex kings Los Texmaniacs, British Bluesman Long John Baldry, Austin's sweetheart songwriter BettySoo and Rwandan The Mighty Popo (to name but a few!).

Doug's worked hard on his art and his craft, and you can hear it when he plays. You can also see it, in the names of the artists he's making music with and the places he's played and when you read between those lines, you know he's earned the respect of his peers and a lot of very happy listeners. He is also a catalyst among musicians and artists for many fascinating collaborations.

Linda McRae just like her music is about as real as it gets. That's a quality you rarely see in this modern music world. A Canadian-Nashville based multi-instrumentalist, singer and songwriter she has 37 years’ experience touring and teaching both nationally and internationally. From her days as band member extraordinaire to the iconic Canadian Celtic band, Spirit of the West, to everything she has done since, Linda remains an artist full of integrity. Playing banjo, guitar and accordion in an unflaggingly authentic, deeply satisfying, and refreshingly acoustic style with a big dose of soul and skilled musicality, McRae’s unforgettable melodies and thought-provoking lyrics make her a captivating artist.

She has performed in venues as diverse as the Orpheum Theatre with the Vancouver Symphony to New Folsom Prison with the “in house blues band” where she facilitates writing workshops for the inmates. These experiences led to the creation of Express Yourself Writing Workshops currently being presented across North America. She is a 2016 BC Entertainment Hall of Fame Pioneer Inductee and 2017 Boston Family Folk Chorale Songwriting Competition winner.